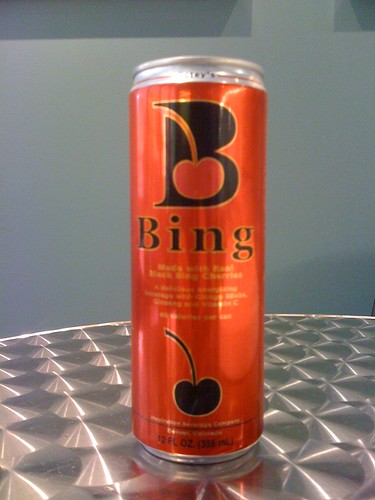 With all the hubbub surrounding the launch of Bing, I finally got around to spending some time with MSFT’s new search engine over the last few days. My behavior, along with millions of other search lookie-loos out there, likely single-handedly accounts for MSFT’s probably temporary increase in search market share since the launch of Bing.

I may analyze Bing more in-depth in a later post, but for now I’ll confine my reactions to the first act that many people engage in upon using a new search engine: the vanity search.

Let me say one thing: Ryan McIntyre won the lottery when Bing launched. Not, me, but rather one Ryan C. McIntyre, a financial representative with Northwestern Mutual in Caspar, Wyoming. That Ryan McIntyre is at the top of Bing’s search result page when someone searches for “Ryan McIntyre” on Bing, but he’s several pages deep in Google’s search results. If Ryan C. McIntyre is watching his web traffic, he’s probably seeing a sharp increase in the number visitors coming from Bing as well as a bump in traffic proportionate to Bing’s market share.

Despite my blogging, my ownership of the URL ryanmcintyre.com, the stories in the press and other blogs that mention me, my bio pages at Foundry Group, Mobius VC and the many portfolio companies where I sit on the board (all of which result in more links to my blog and presumably better page rank), I’ve never been able to unseat my Google nemesis, Ryan McIntyre, who sits atop the Google search results page for “Ryan McIntyre”.

Ryan is a singer-songwriter from Waukesha, Wisconsin, he gigs regularly and has an active MySpace page, which results in concert reviews and venues linking to him on a regular basis. His profession, even more than mine, ensures a steady stream of links to his website, giving him major Google juice.

It is easy for me to understand how both I and Ryan McIntyre the touring musician wind up near the top of the search result on both Google and Bing, but I have to say I’m downright confused how Ryan C. McIntyre the financial representative came to be so endowed with Bing juice such that he shot to the top of MSFT’s search results page. Go figure.

Minus this surprising anomaly around my vanity search results, Bing seems like it delivers reasonably good results, though not markedly different than Google’s, which is a problem for Microsoft since changing user behavior around search is going to be difficult without delivering qualitatively and quantitatively better results to the user — which is what Google delivered when they first came on the scene, something that was once difficult for me to admit back in my Excite days, yet was obviously (and painfully) true.

This lack of a stark difference between MSFT’s and Google’s search results is going to make it challenging for Bing to deliver on their (methinks quixotic) quest of becoming verbified. Besides the search results themselves, the actual word bing will also hinder MSFT’s desire for verbification. If I email someone and explain to them that yesterday I xeroxed a document or googled myself, they will know what I mean, but when I tell them that last night I binged on jelly donuts (true story), they’re just going to think I have self-control issues with food.